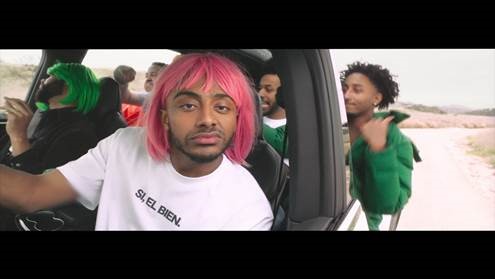 Over sparse throwback, turn-of-the-century-style production, the MC once again drops clever and catchy bars as Injury Reserve provides an appropriately fiery cameo. Additionally, Aminé also uncovered the hilarious music video for the song this morning. In the video, the artist and his crew take over the wilderness. Rocking neon colored wigs and cruising through a sparse mountain range, they debate how to properly pronounce“rural” between the action.

Just in time for what’s shaping up to be a big month, “Campfire” amps up hype for his upcoming Coachelladebut April 15th and April 22nd. Renowned for insane and unforgettable live appearances, make sure to see what he has in-store in Indio this month. 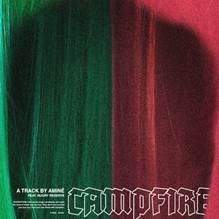 Get his RIAA Gold-Certified debut album Good For You HERE.

Every once in a while, an artist comes along and rewrites the entire rule book for a genre. That’s exactly whatAminé did with “Caroline” in 2016. Taking rap to a new frontier, it earned an RIAA 4X Platinum plaque as he delivered a kinetic performance of the anthem on The Tonight Show Starring Jimmy Fallon between constant touring. “REDMERCEDES” and its high-profile official remix with Missy Elliott and AJ Tracey saw him lap the competition yet again.

Portugal. The Man will play Portland’s March For Our Lives