The Oregon Music Hall of Fame (OMHOF) is proud to announce our 2021 Induction Ceremony on Saturday, October 9th at the Aladdin Theater.

Title Sponsor for this event will be Elliott Powell Baden & Baker, presenting sponsor for the 14th year.

OMHOF was formed in 2003 to both promote and preserve the musical arts in the state of Oregon.  OMHOF began the statewide scholarship program in 2007 and is active in raising funds and implementing music education in schools that do not have music programs. Over 5000 kids per year are reached in K-8 schools throughout the state with the Music In The Schools Program with Aaron Meyer. OMHOF also has a statewide scholarship program in place since 2007.

ALL SALES ARE FINAL. PLEASE, DOUBLE CHECK YOUR ORDER BEFORE PURCHASING. NO REFUNDS. 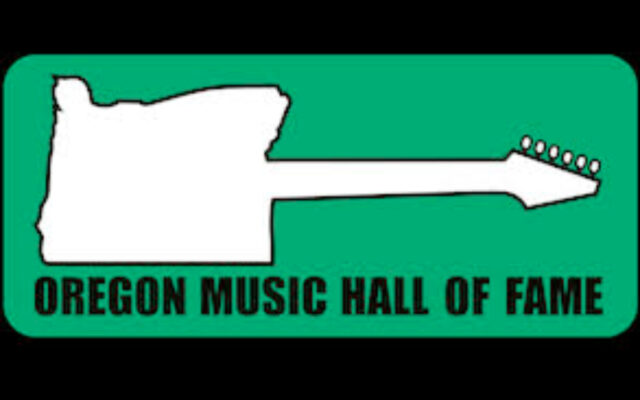 The 2021 scholarship application deadline is May 15, 2021!  Go to http://www.omhof.org/music-education-scholarships/ to download the application!

The 2020 OMHOF college scholarship deadline is May 22, 2020 (or as soon as you can).  Get the scholarship application at: http://www.omhof.org/music-education-scholarships/

The 13th Annual Oregon Music Hall of Fame (OMHOF) Induction & Concert will be held on Saturday October 12 at 7pm at the Aladdin Theater.

The concert will feature Pond. This band formed as a rock trio in 1991 in Portland and their performances at the 1992 New Music Seminar got ecstatic reviews in the British press. Guitarist Charlie Campbell, drummer Dave Triebwasser and bass man Chris Brady released their debut single, “Young Splendor/Tree” on Portland’s Tim Kerr Records gained wide recognition, including ‘Single Of The Week’ in London’s Melody Maker magazine. Pond released three albums on Sub Pop and one single for Sony’s Work label before disbanding in 1998. Pond was one of the few bands to come out of the Northwest back in the 90’s that were able to rise above the “Grunge” trend.

Sequel was one of the most popular bands in the state of Oregon in the late 70’s and early 80’s. They combined power pop with hard rock along with great vocal harmonies and songwriting. Their 1982 debut album received a ton of airplay on Portland and led to the band being signed by Elektra Records. Sometime in the long process of Elektra making decisions on when the album would be released, the band ended up breaking up. Since then, 3 of the original members Greg Georgeson (guitar, vocals), Dave Wall (guitar, vocals) and Grant Roholt (drums) have made occasional reunion appearance and will do so for the 13th Annual OMHOF Induction.

Susannah Weaver, or Little Sue, as she has been affectionately known since college, grew up in West Virginia and moved to Portland in 1992. She has been a fixture in the local folk and alt-country scene in Portland for over 25 years and a big part of the Laurelthirst scene. Her quirky lyrical style, solid guitar playing, and bee-stung voice have won over music lovers of every age and stripe. Sue has released 7 CDs including this year’s 20th anniversary re-release of her 1999 album Crow, and her new CD titled Gold. Sue also has sung harmony on over 50 local releases, including Jerry Joseph, The Minus 5, Fernando, Casey Neill, Lynn Conover, and kindie artist Mo Phillips. She has opened with her own music for Roger McGuinn, Loudon Wainwright III, and most memorably for folk hero Bob Dylan. Sue was also invited to play the opening ceremonies of The Oregon State Senate in 2012.

Michael Hurley, who released his first album on the Folkways label in 1964, will perform a couple of songs with Little Sue’s band. Since then he has released 32 albums on a variety of labels: Raccoon/Warner, Rounder, Portland’s Mississippi Records and his own Bellemeade Phonics. Michael is one of the last survivors of the Greenwich Village folk scene. He is credited with coining the term ‘lo-fi’ to describe under produced recordings. An accomplished artist, Hurley has created covers for most of his own albums and a cartoon series called “Boone & Jocko.”

There will be a grand finale with Pond leading the iconic song “Louie, Louie” with a host of guests including inductee Mark Lindsay and guitarist Steve West, who both played on Paul Revere & the Raiders original version recorded in 1963, the same week as the Kingsmen’s recording.

The event will feature a live auction including autographed guitars from the National, Chicago, John Prine, The B-52’s and the Indigo Girls. Proceeds from this event help support our music in the schools program as well as our scholarship programs. This year’s master of ceremonies will be the ever-colorful Tony Starlight.

Come celebrate the inductions of:

The music artistry awards include:

Artist of the Year – Ural Thomas & the Pain

Album of the Year – The Decemberists “I’ll Be Your Girl”

Tickets will be on sale at Ticketfly.com and the Aladdin Theater box office July 10th. Tickets are $30 in advance or $35 at the door. VIP tickets, which include prime seating, collectable laminated pass, a Gary Houston limited edition hand pulled signed and numbered poster plus entrance to the catered after-induction party with the inductees, musicians and other VIPs, are $100 in advance or $110 at the door.

The presenting sponsor for this event is Elliott, Baden, Baker & Powell, long-time supporters of OMHOF.

What is the Oregon Music Hall of Fame?

The Oregon Music Hall of Fame (OMHOF) is a non-profit organization (501 c3) whose main purpose is to promote and preserve the musical arts of the state of Oregon.

The Oregon Music Hall of Fame is dedicated to the development, revitalization, invention and expansion of music education in Oregon’s public and private educational institutions. So far this year we have produced music education programs in Oregon public schools without music programs that have served over 5000 students. We also gave away four $2500 scholarships to high school seniors that were going on to further their music education at a higher level.

The Oregon Music Hall of Fame also promotes the music from current musicians of the state both on a local level as well as a national and international level.

Not only does the Oregon Music Hall of Fame preserve the legacy of Oregon music and it’s rich history, but it is a non-profit that takes an active part in promoting musical education in Oregon schools. We will offer scholarship money to selected Oregon high school seniors who are continuing their musical studies in college. We will also do our part to raise money in order to help Oregon grade and middle schools continue their music programs which are, sadly, being slowly discontinued due to budget cuts. All of these important goals will be funded by OMHOF dues, fundraisers, grants, donations, our Emerging Artist Showcases, and various OMHOF promoted concerts.

Fly Me to the Moon Benefit Concert

Oregon Music Hall of Fame is proud to announce a partnership with an exciting new concert series for seniors: Fly Me To The Moon. This series brings music of all genres into assisted living, retirement communities, and memory care facilities with healing sounds and a bit of nostalgia to those who cannot get out as much as they did in years gone by. Created by musician/promoter Dean Mueller the series begins this summer and kicks off with a fundraiser at the Alberta Abbey, 126 NE Alberta st in Portland. The show will be on Sunday My 19th at 6:30 pm with a stellar line up: Duffy Bishop (https://www.duffybishop.com/), Julie Amici(http://julieamici.com/), Concert Rock violinist Aaron Meyer  (https://www.aaronmeyer.com/) and world music band 3 Leg Torso (https://www.3legtorso.com/).

Tickets are available at flymetothemoonmusic.org .

The Oregon Music Hall of Fame (OMHOF) is a new, nonprofit organization created to help preserve Oregon’s unique, music heritage. The focus of OMHOF is to recognize and promote the legacy of exceptional musicians, while helping to preserve and enrich musical education programs in Oregon.

Mid Valley and Parkdale elementary school students got a taste of both traditional acoustic and modern electric violin at all-school assemblies at both sites on April 2.

Local musician Aaron Meyer brings the 40-50 minute assemblies that focus on music, history and science to various sites as part of his nonprofit music education program, “Aaron Meyer Music in the Schools,” in conjunction with Oregon Music Hall of Fame.

Meyer and Oregon Music Hall of Fame “both want more music in Oregon schools, and we try to visit schools that don’t have music or the students come from lower-income families that might not get opportunities like this outside of school,” Meyer said in an email last week.

This April, he’ll visit every Hood River County School District site minus the high school — he’s still working on setting that one up. He’ll be at Hood River Middle School and Wy’east Middle School on April 17, and will finish up April 19 at Cascade Locks, May Street and Westside elementary schools. Parkdale and Mid Valley were the first of the district schools to host the assemblies.

“I fundraise on my own, with the Oregon Music Hall of Fame, who is my fiscal sponsor,” he said. “We have a mission of giving 20-25 of these assemblies to schools all throughout Oregon.”

At his assemblies, he demonstrates the similarities and differences between classical and rock music, and integrates musical history and the properties of physical science that produce the sounds.

“He shared the many ways a violin, using different techniques, could be used to produce a multitude of musical styles,” she said. “This was not a stuffy violin concert! He treated the students to rock, classic, blues and jazz songs that greatly expanded their ideas about how to make music from one little instrument.”

Yasui said Meyer also talked to the students about the importance of practicing and being willing to make mistakes.

“The opportunity to hear and see a musician with such skill and connection with students left many of our students wanting to learn more,” she added.

“I try to sneak in some of the classroom content without the kids really knowing that it’s in there,” Meyer says on www.aaronmeyer.com, where he has a short video explaining the music assemblies and the concepts he covers.

And while he does connect the dots between music, science and history, the point of the assemblies is to have fun while doing so. He began his program in 1998 and has consistently presented since then.

His upbringing may point to his interest in teaching. Meyer is the son of a well-known violin teacher from Philadelphia. His father, Julian Meyer, “was a very active private violin instructor for young people, who taught seven days a week for 40 years. He taught thousands of young people, starting many of them from scratch,” he said.

Meyer also has an annual benefit concert for the United Way each December. This year’s concert, already planned for Dec. 15, will be his 10th.

“Over 400 people attend every year,” Meyer said. “… I bring my 12-person band with horns and the fabulous gospel group, The Brown Sisters.”